Term coined by Carl Gustav Jung for his theory that everything was connected by a kind of vibration, and that two dimensions (physic and non physic) were in a kind of Synchronicity, which made certain isolated events seem to be repeated, in different perspectives. Such idea first came up in conversations with Albert Einstein, when he was beginning to develop the Relativity Theory. Einstein went on with this idea in the physical aspect while Jung focused the psychic.

Synchronicity is defined as a significative coincidence between psychic ad physic events. A dream about a plane falling from the sky reflects the next morning as news on the radio. There is no a known connection between the dream and the fallen plane. Jung says these coincidences support themselves upon organizers that create psychic images on one hand, and physical events on the other. These two things occur almost at the same time, and their connection is not causal.

Anticipating himself from critics, Jung writes: “Skepticism… should have as object only incorrect theories, and not be used to fight against facts that are confirmed as being correct. Only an observer with prejudice would be capable of denying it. The resistance against recognizing these facts comes mainly from the repugnance that people feels to admit an assumed supernatural capacity inherent to the psyche”.

The synchronized phenomenon manifest itself more frequently when the psyche is working at a less conscious level (Alfa wave level), such as in dreams, meditations or reverie. As soon as the person perceives the synchronized event and focuses on it, he loses it, because the time and space concept returned to reign at the conscience level. Jung emphasizes that synchronicity notably seems to depend on the presence of affectivity, sensibility to emotional stimulus.

The great Jung’s insight was to present the synchronicity as something extensive to the WHOLE, and not just a mere event. He asks: How can a remote happening in time and space produce a correspondent psychic image, when the energy transmission necessary for that is not even conceivable? For more incomprehensible as it can seem, we are compelled, in the last case, to admit the existence, in the unconscious, of something like ‘a priori’ knowledge or an immediate relation of events lacking of any causal basis. In other words: the person who accessed the falling plane always knew, but he didn’t know he knew it, because as a matter of fact there is no time neither space for the Self! It’s the buddhic level!

According to him, thoughts come to our conscience; intuitions and thoughts coming from the unconscious are not from deliberate efforts to think, but inner objects, unconscious parts that occasionally rest on ego’s surface. Jung liked to say, for many times, that thoughts are like birds: they come and make a nest on the conscience tree for a while, and then they fly away again. They are forgotten and disappear.

Math is a pure mind product, and do not show itself in any other part in natural world; nevertheless, people can sit in their rooms and generate equations that rigorously predict and catch physical objects and events. Jung was impressed that a pure psychic (a mathematical formula) could be extraordinarily related to the physical world. On the other hand, Jung suggests that archetypes act as a connection between the psyche and the physical world as well, even though they are not causes. They seem to link it to “operators” who organize the synchronicity.

Jungians says there are no secrets within the unconscious. Everybody knows everything. We can compare this knowledge with the “Eye of God”, the “All Seeing Eye” or the “Big Brother”. It is not just what we do, but still what we think – is what we are! – that can be revealed.

Jung goes further in his Synchronicity definition, which is named as Cosmology in its most extensive form, relating a ‘non-causal’ world organization, without reference to the human psyche. Before we exist, there was the organization, the synchronicity; so, who generates it? He says: “In this category are included all acts of Creation”; facts like, for example, modern physics discontinuities…

We, human beings – he teaches – have a special role to play in the universe. Our unconscious is capable to reflect the Cosmos and to put it into the conscience mirror. Each person can witness Creator and Creative works from the inside, paying attention to the image and the synchronicity. Because archetype is not just the psyche’s model, but it reflects the real universe basic structure too. “That which is above is like that which is below and that which is below is like that which is above, to accomplish the miracle of unity” spoke Master Hermes Trismegistus.
“The inside is just like the outside” answers the modern soul explorer, Carl Gustav Jung.

Extracted and adapted from the book Jung, map of the soul, from Murray Stein.

I can’t prove you God exists, but my work proved empirically that ‘God’s pattern’ exists in each man, and this pattern is the biggest transmutable energy life is able to give to a person. Find this pattern within yourself and life will be transformed. 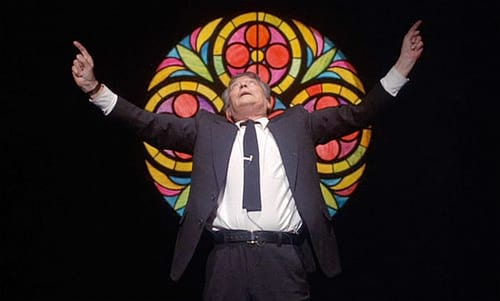